Nom: anthonome - Man on the moon 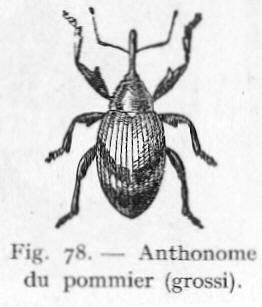 A small insect (Named: Anthonomus) to celebrate today's Moon landing anniversary. This one dedicates himself to apple trees, celebrating Isaac Newton's law of universal gravitation. Today's anagram is quite long, not mine, and especially meaningful:

Neil Armstrong : That's one small step for a man; one giant leap for mankind

Aside the terrific achievement, that made me think of becoming an astronaut when a kid, the vision of microscopic human beings trying to tame the huge lunar ball leads me to other insects: dung beetles (aka bousiers here). 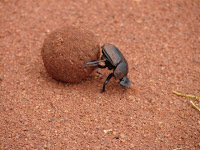 Animal behaviour: Insect orientation to polarized moonlight (Nature, 2003), that one species of dung beetle (the African Scarabaeus zambesianus) navigates by using polarization patterns in moonlight. Now there are three types on dung beetles: rollers, that roll their stuff ball, tunnellers, that bury it and dwellers, that live inside.

Vain human being, whose side are you on? We know for sure there are three types of mathematicians: those who can count, and those who can't. Is it as well possible to categorize peoples (if not scientists) into such categories: those that roll? tunnel? dwell? Better listen again to the words of hope of John Fitzgerald Kennedy at Rice in September 1962: