Showing posts from December, 2014
Show all

The law of excessive gardening in education

Once upon a time. the term proletarian (or a Latin equivalent) used refer to  a Roman citizen who was so poor that he only had his children considered as his property. The term proles stands here for descendants (or litter ). The term evolved through Marxism, to workers without capital or production means, who should sell their own work-force. The term can be somehow extended to the loss of knowledge of the production tools. An example lies in the comparison between the craftsman or artisan , who masters his tools, and may even be able to repair them, and manages a series of processes, as opposed to the factory worker, whose work has been taylorized and who lacks of knowledge in the whole meaning of the chain, or the functioning of the robots he "controls". The concept of proletarianization has been used more recently by Bernard Stiegler ( Ars Indutrialis ), to describe a pauperization, not in terms of wealth, but in terms of ability to do, to make and to live
Post a Comment
Read more 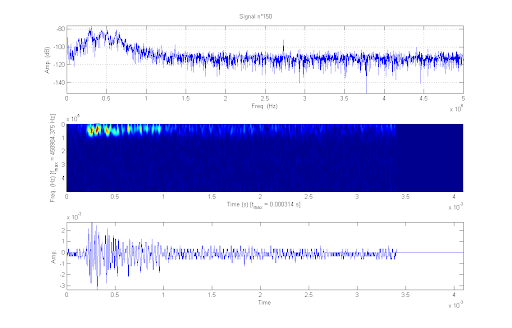 We ( Camille Couprie / Laurent Duval ) are looking for a higly motivated master/engineering school student for an internship on the " Compatibility between sparse machine learning and lossy compression " at IFPEN. Internship subject: [ french / english ] Many experimental designs acquire continuous or salve signals or images. Those are characteristic of a specific phenomenon. One may find examples at IFPEN in seismic data/images, NDT/NDE acoustic emissions (corrosion, battery diagnosis) engine benches (cylinder pressure data, fast camera), high-thoughput screening in chemistry. Very often, such data is analyzed with standardized, a priori indices. Comparisons between different experiments (difference- or classification-based) are often based on the same indices, without resorting to initial measurements. The increasing data volume, the variability in sensor and sampling, the possibility of different pre-processing yield two problems: the management and access to
Post a Comment
Read more
More posts