Lars von Trier has recently proposed to the audience the Cannes awarded movie Melancholia. As for the brunette and the blonde sisters (one organized and the other erratic), as for the two planets (Earth and Mechancolia) featured in the movie (one rotating predictively for ever around the sun, the other wobbling to its final destination), the movie has attracted two-pole reviews, either good or bad (in random order). Melancholia, as a science-fiction movie (is it?), dwells on a the line that joins Stanley Kubrick's 2001 and Andrei Tarkovsky's Solaris. On very projective line, between "zero and infinity" (le zéro et l'infini), which translates into French Darkness at noon by Arthur Koestler. 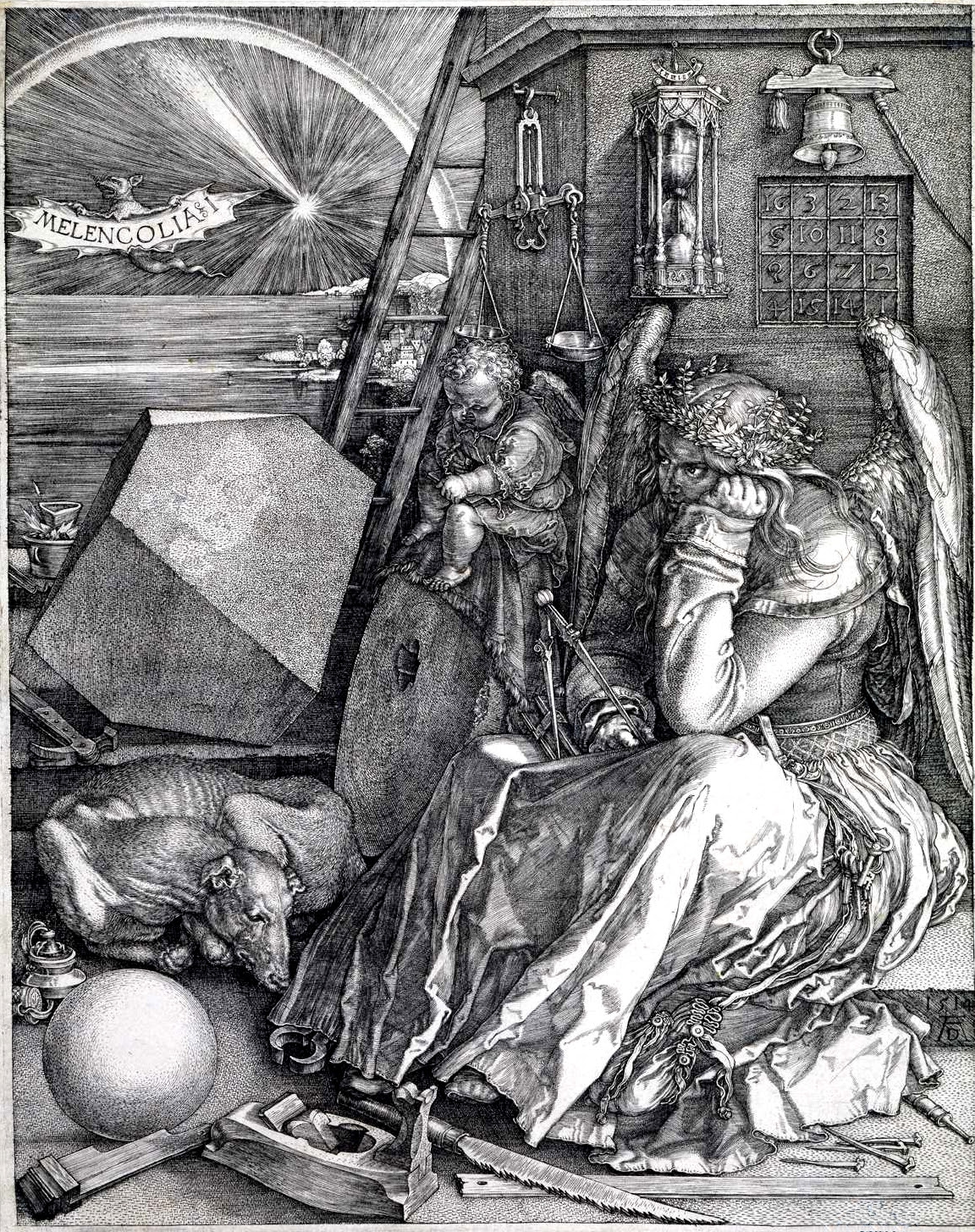 Von Trier's Mechancolia of course reminds of Albrecht Dürer's (the painter, not the insect - see Monty Python's in three languages) Melencolia I ou La Melencolia. The engraving has suffered many interpretations, with all its symbolic details (magic square, sphere, truncated rhombohedron...) combined with the standard inference of "Melencolia I" or "Melencholia Imaginativa", in which  "imagination" predominates over "mind" or "reason".

Beautiful picture, ear-deafening Wagner music, fine directed, the film would only need some direction. After clear-cut editing, it would probably make a nice desktop wallpaper.

Oh yes, i forgot to tell you (for those who have an eye for finest details, these words are from another SicFi movie Dune), the Signal Processing: Special issue on Advances in Multirate Filter Bank Structures and Multiscale Representations is out: at ScienceDirect (Signal Processing, Volume 91, Issue 12), here in a blog post or on a separate page. Feel like melancholia as the issue is finally out.