It all started with Cyril Faure, then a PhD student  with Nicolas Pernet in real-time computing. He used to stop by my office. We had coffee, discussed books (from Descartes to Sci-Fi) and music (mostly Loudblast, Slayer, Pink Floyd, Manowar, Bolt Thrower). We exchanged ideas and concerns. One day, he told me about a worry in his thesis. Caveat: I am very bad at computer science, advanced programming, and had little hints about partitioned/slacked real-time co-simulation systems.

So this was not about programming, but simulation and co-simulation. Big physical systems (engines, aircrafts, boats) are complicated to simulate. Protocols and methods include FMI standard (Functional Mockup Interface) and FMU (Functional Mockup Unit). Partitioning them into subsystems may help the simulation, but split discrete subsystems should communicate. Fast enough to be precise, slow enough for speed-ups.
So when simulated subsystems communicate at regular communication times, and one want interpolated data at a fractional time interval, one generally uses the last known value. This is called zeroth-order hold (ZOH).
So I wondered: "this sound a little bit like aliasing, in a causal setting, let's interpolate, say, with a line or a parabola". No so easy. In this cosimulation domain, interpolation is "known" to be unstable. Even with FOH (first-order hold) or SOH (second-order hold).

A few implementations (Matlab prototypes, C++ and a final embedding in the XMOD software) and some tuning later, we produced a hierarchical scheme (with Abir, Cyril, Daniel and Mongi), based on morphological contexts, like in lossless image compression (PNG for instance). It proved very cheap, quite robust, and apparently stable. We called it CHOPtrey, from the old French words "ace, deuce, trey" (1, 2, 3 referring to sides of dice). In reference to a chop tray (or cutting board). Because it allows to chop (or cut) a big simulated system into several smaller ones. Because it is composed of three parts or chops:
During this work, I learned a lot about co-simulation, parallel computing, multi-core, etc. But also a lot about least-squares parabolic regression, which I thought I knew for decades. I did not. Not the deepest theory ever, but one of my nicest experience of cross-domain collaboration (along with bioinformatics and our BRANE work on gene regulatory networks), some genuine computer engineering, with a final packaged product (implemented in xMod). Here it is:

Abstract : The growing complexity of Cyber-Physical Systems (CPS), together with increasingly available parallelism provided by multi-core chips, fosters the parallelization of simulation. Simulation speed-ups are expected from co-simulation and parallelization based on model splitting into weak-coupled sub-models, as for instance in the framework of Functional Mockup Interface (FMI). However, slackened synchronization between sub-models and their associated solvers running in parallel introduces integration errors, which must be kept inside acceptable bounds. CHOPtrey denotes a forecasting framework enhancing the performance of complex system co-simulation, with a trivalent articulation. First, we consider the framework of a Computationally Hasty Online Prediction system (CHOPred). It allows to improve the trade-off between integration speed-ups, needing large communication steps, and simulation precision, needing frequent updates for model inputs. Second, smoothed adaptive forward prediction improves co-simulation accuracy. It is obtained by past-weighted extrapolation based on Causal Hopping Oblivious Polynomials (CHOPoly). And third, signal behavior is segmented to handle the discontinuities of the exchanged signals: the segmentation is performed in a Contextual & Hierarchical Ontology of Patterns (CHOPatt). Implementation strategies and simulation results demonstrate the framework ability to adaptively relax data communication constraints beyond synchronization points which sensibly accelerate simulation. The CHOPtrey framework extends the range of applications of standard Lagrange-type methods, often deemed unstable. The embedding of predictions in lag-dependent smoothing and discontinuity handling demonstrates its practical efficiency.

The full set of numbers for the six sides of a die are ace, deuce, trey, cater, cinque, sice. They are from Old French (cf un, deux, trois, quatre, cinq, six of modern French). Ace is originally from the Latin for 'unit'. 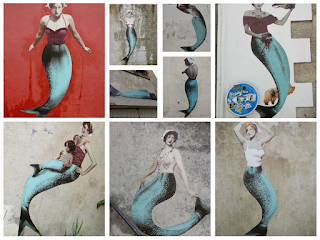